25-28mm scale is a funny thing, especially 28mm Heroic. It totally makes sense in terms of being compact enough for gaming but large enough to have some detail in the miniatures. But still, it becomes problematic when trying to adapt materials and models from other manufacturers that were not intended for gaming let alone this scale.
25-28mm is equal to roughly 1/56. To use tank, plane or car model kits as modified vehicles that retain their general original shapes, it's best to use 1/48 scale models in most cases (sometimes, it just doesn't look right). Because of the "heroic" part of GW's aesthetic and their slightly smaller scale utilized for their own vehicles, you can loot just about any 1/48 tank, helicopter or plane for Orkish purposes, but cars are a bit more finicky (and many cars are only available in 1/25 scale or larger).

So a few months ago, I was in a Goodwill store (resale shop...but don't fool yourself into thinking it's some sort of charity). I've never had much luck finding anything or use in these places, but that day, I saw this on the shelf: I built a ton of WWII plane models of varying build difficulty in my youth, but this was just about the simplest model I had ever seen. It had about 15 pieces including the canopy and propeller. I thought it would be a good conversion platform, but alas, it was 1/72 scale. Still, all the sprues were complete, and it was priced at $1.00, so I bought it, thinking halfheartedly that I would give it to one of my kids.

But then I remembered these: 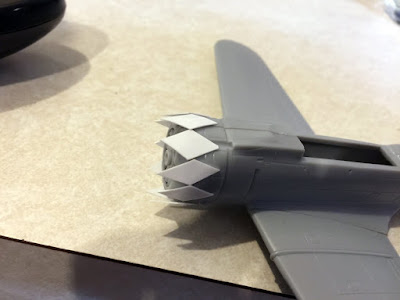 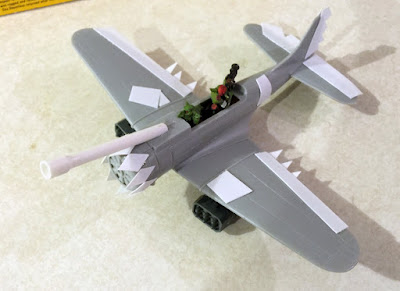 Obviously I have a lot more detail work to do, but it was simple as pie. I slapped on some paint to see what I ended up with. So obviously this is a heavy WIP. Any suggestions for rules? 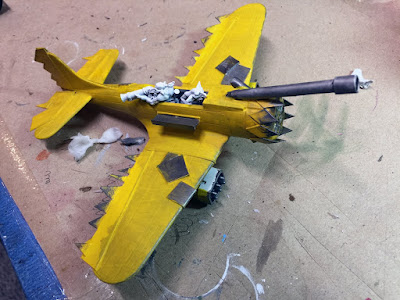